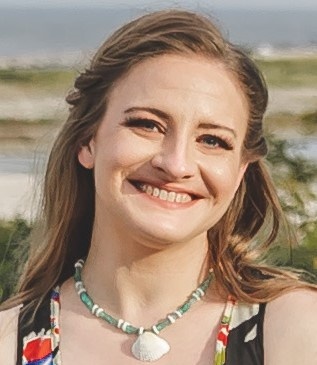 Amy Hadam has been part of the Cape May Stage family since 2016 taking on the role as Production Stage Manager. In the years following Amy has picked up the positions of Education Coordinator and Production Manager as well. Amy graduated from Kean University in 2011 with a BA in Theatre Education where she received her K-12 Teacher Certification for the State of New Jersey. Since graduating,

Amy has lead a duel career in stage management and arts education; she joined Actors’ Equity Association as a stage manager in 2012 and has stage managed for many professional New Jersey theatre companies such as Dreamcatcher Repertory Theatre, Surflight Theatre, Speranza Theatre Company, Premiere Stages, and The Theater Project. As an educator, Amy has been a teaching artist for George Street Playhouse, Dreamcatcher Repertory Theatre, and The Theater Project as a choreographer/dance teacher, she was the choreographer for Pequannock Township High School’s musicals from 2015-2017, and has been the dance and theatre instructor for smaller community programs such as Kinetic Kids, Pucci Performing Arts Centre, and Kidsports in The Club at Woodbridge.

Amy has been working on further developing Cape May Stage’s Education Program by adding Musical Theatre summer camps for elementary and middle school students and is hopeful to have programs for teenagers launched in the coming years. She was honored at the New Jersey Theatre Alliance’s 2018 Curtain Call for her contributions to Cape May Stage’s education program along with other education directors throughout the state. Amy is happy to call Cape May Stage home and is looking forward to see what the future brings! FUN FACT: Amy has tattoos of wings on her feet that are a dedication to a dance piece she choreographed in college titled “Break Free”.