Cape May Stage has presented world-class theater to audiences in Southern New Jersey since 1989. In 2019, a record 15,000 people witnessed the playhouse’s artistry, and dozens of actors from Broadway, film and television performed on its stage. One new work, “Sidekicked,” made its world premiere that season, showcasing a Tony-nominated star, Emmy-award winning playwright and Tony-award-winning costume designer. It sold more tickets than any mid-season show in the theater’s history.

As our premier Equity theater proudly moves into its fourth decade, Cape May Stage remains firmly committed to producing entertaining, and intellectually and emotionally provocative theater, while striving to perform at the highest level of artistic excellence. Looking ahead, however, the theater’s leadership recognizes the need to fill a larger, more integrated role in our community—to champion theater; reach wider, more diverse audiences; and educate future generations of patrons and performers. 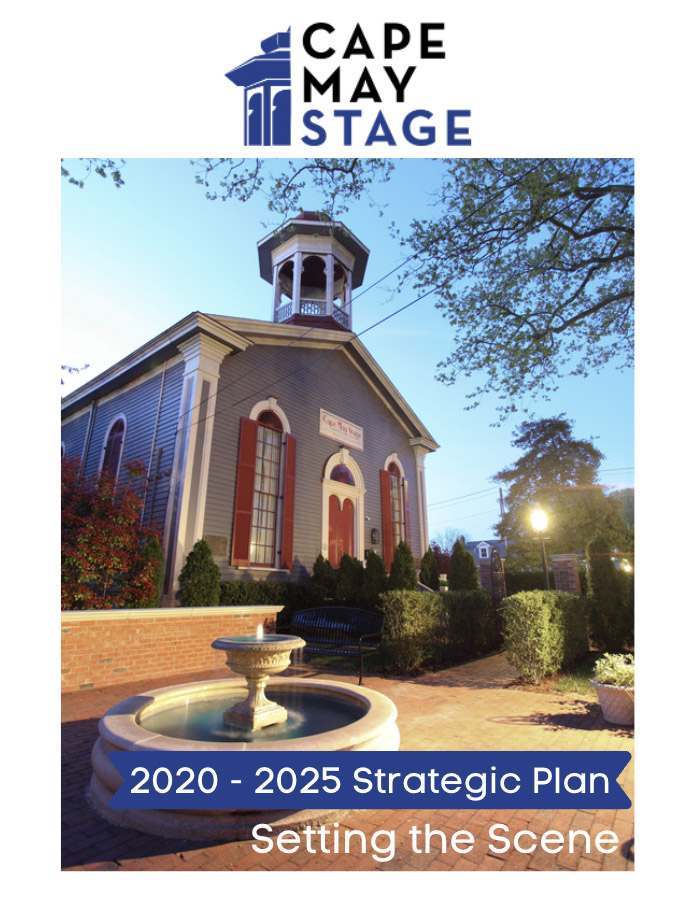 In the fall of 2019, Cape May Stage’s Board of Directors, Producing Artistic Director and key staff spent a day in a loaned church hall discussing what the theater does well, what it could do better and how it might bridge the gap. By day’s end, we had whittled down a long list of ideas to six strategic priorities that we agreed would move us forward: Programming and Artistic Community Engagement, Fundraising and Development, Marketing and Communications, Finance, Governance and Human Resources, and Board Development and Nominating. Each priority is now spearheaded by a standing committee of the board tasked with advancing its area’s goals and objectives.

As we raise the curtain on Cape May Stage 2020-2025, we look forward to a future that is more inclusive, more diverse, more emboldened and more connected to our community. Click here to read our strategic plan.